Home » Non-English with Subtitles » Breathing 2011 with English Subtitles
View cart “Foster Boy 2019” has been added to your cart.

Through his work at a morgue, an incarcerated young man trying to build a new life starts to come to terms with the crime he committed.

Karl Markovics’s “Atmen” (“Breathing” in English) focuses on a youth’s emotional awakening and the issue of morality in our lives. The movie both gives the viewer a glimpse into the youth’s life as he gets a job as a mortuary attendant while still in a juvenile detention center, but also how he has to confront the crime that put him juvie. There are also several shots of the environs of Vienna. I thought that the most effective scenes were the train, showing him going to and from the juvenile detention center, and how the advertisement comes into view, or vanishes.

I’d say that this was the right movie for Austria to submit for its nomination for Best Foreign Language Film at the Academy Awards. Addressing matters of incarceration, ethics, and relationships, it hits the right notes. 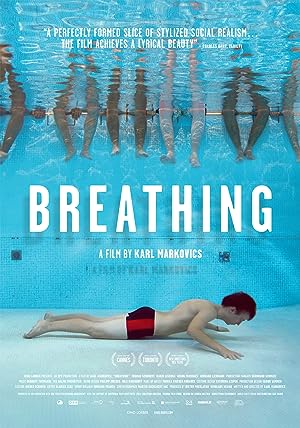