When Sven provokes a fight after an evening out in Amsterdam his best friend ends up in a coma, and nothing is the same as before.

“Cowboys janken ook” or “Even Cowboys Get to Cry” is a Dutch 20-minute movie written by Merinde Verbeek and directed by Mees Peijnenburg. The language here is Dutch (so get subtitles perhaps) and the cast is too and I cannot say I am familiar with any of the names included there. About the story, there is not too much to say. It is about a friendship between two guys, nothing gay-themed here, and it gets put to the test when a serious injury happens to one. or maybe not serious as this film tries a lot in terms of drama and tragedy, but it becomes really unauthentic quickly and even fake. The dialogs are sometimes really embarrassing. I do not recommend watching this one. 4 out of 10 is still fairly generous and I hope everybody working in here can step up their games in the future and actually come up with better quality than here. 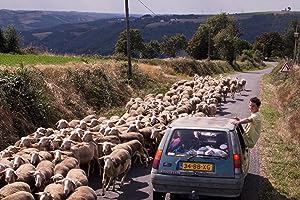 Even Cowboys Get to Cry (2013)
25 min|Short, Drama, Family|06 Jul 2013
5.0Rating: 5.0 / 10 from 252 users
When Sven provokes a fight after an evening out in Amsterdam his best friend ends up in a coma, and nothing is the same as before.
Director: Mees Peijnenburg
Creator: Merinde Verbeek
Actors: Anneke Blok, Bruno de Beus, Rein Hofman, Lidi Horst

Be the first to review “Cowboys janken ook 2013” Cancel reply