Home » Non-English with Subtitles » Gomorrah 2008 with English Subtitles
View cart “Sole a catinelle 2013” has been added to your cart.

“Gomorra” is a contemporary Neapolitan mob drama that exposes Italy’s criminal underbelly by telling five stories of individuals who think they can make their own compact with Camorra, the area’s Mafia.

Just back from seeing this. Still a bit shell-shocked. First impressions that it’s up there with the very best. The last scene in particular was worthy of Bunuel at his most vengeful. Yes, it’s in that league. Very tough indeed. Not a trace of sentiment. Entirely plausible performances. Taut and highly original direction, documentary style. Some of the set locations are just jaw dropping – be they natural or man-made. Some brilliant touches – shots panning back to reveal an entirely different context, the camera lingering on facial expressions of those left behind by the action, or on fear, or shock. A devastating commentary on life amongst the poor in modern Italy, this is as far removed from even the best Hollywood gangster movies as it is possible to imagine. The only American comparison might be with Scorsese’s “Mean Streets” – but there you are invited to empathise with characters (especially the one played by Harvey Keitel) and it is still possible to romanticise De Niro’s depiction of Johnny Boy. There are no such avenues offered here. The traditional gangster movie denouement is contemptuously thrown away in the first five minutes. Not for the fainthearted but if you appreciated Bunuel’s “Los Olividados” or “Pixote” or “Salaam Bombay” then this is for you. 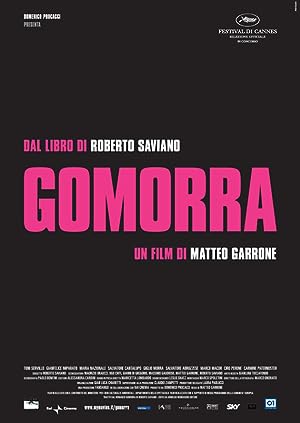