Home » Non-English with Subtitles » My Girl 2003 with English Subtitles

My Girl 2003 with English Subtitles

Jeab hears that his childhood sweetheart Noi-Naa is to be married, so he makes the trip back home to his provincial village. As he does so, the memories come flooding back to his childhood in 1980s Thailand. He remembers always being late to school, so his father would have to give him a ride on the back of the motorcycle. After school, he would always play with Noi-Naa and her girlfriends while the neighborhood boys rode their bicycles and played football and Chinese fantasy characters.

Not as bad as expected. Kinda good, actually. One thing for sure they have chosen a good location for the film. Unlike other Thai film this one has been done in a pretty good manner all that editing, sound, and the pace of the movie. And one best thing was xc2x85 you could actually sit through it till the movie end. And if you’re not in Thailand, I don’t think it will remind you of the past. Try to give it a shotxc2x85 you might like it. 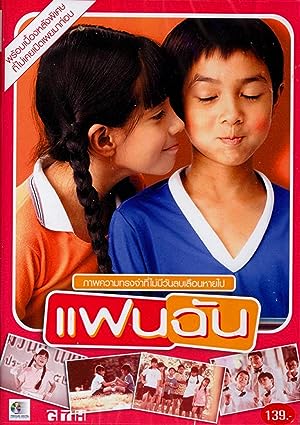 1 review for My Girl 2003 with English Subtitles