Set one evening in present day Moscow, 16 year-old Pyotr is baited by an ultranationalist group known for their violent abductions and anti-gay attacks bolstered by Russia’s LGBT propaganda law, but Pyotr has a dangerous secret his attackers could never have accounted for.

Both Pyotr495 and the next film, Tonight It’s You, deal with somewhat similar ideas, while taking them in slightly different directions. Pyotr495 is set in modern-day Russia, where a young man heads out for a hook-up with a guy he’s met on a dating app. However, once there he discovers the guy and his friends actually intend to punish and torture him for being gay – which in their minds also makes him a paedophile. They may have bitten off more than they can chew though when something monstrous emerges. It’s an interesting idea and deftly brings a touch of supernatural horror into a gay-themed short. The film also consciously engages with the situation in Russia, where the gay propaganda laws have allowed homophobes to feel they have impunity to kidnap and torture gay men (and in some cases worse). Horror fans will definitely appreciate where the short goes, which starts out feeling like a drama before taking a bloody, revenge fantasy turn. 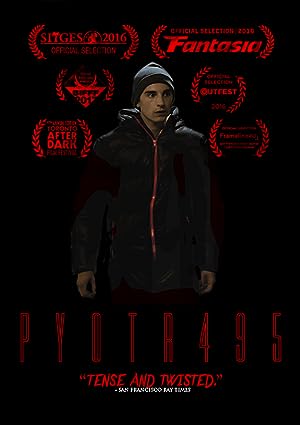