Home » Non-English with Subtitles » Silent Youth 2012 with English Subtitles
View cart “Sole a catinelle 2013” has been added to your cart.

Silent Youth is a film for misfits, dreamers and lovers. It’s the classic story of a coming out, but it focuses on the moments one tends to quickly forget: the first approach, the creaking of the chair while sitting across from each other, not knowing what to say. And it’s about the silence.

This is described by the synopsis as two young men in Berlin who think they are never going to meet that ‘special one’, suddenly brushing hands on the street and then finding that love can blossom in the strangest of places. One is Marlo who has just moved in with a girlfriend who does not know he is gay. The other is Kirill who has just returned from a less than successful visit to Moscow – and has some issues.

This starts off very well but then it becomes clear pretty fast that Kirill has behavioural and or mental health issues and Marlo – to his credit – bears with it. I think this is supposed to be about finding love despite the differences and the fragile nature that some of us become. However, there were so many long drawn out shots where very little happens. This includes walking, sitting, eating or just doing bugger all really. I just wanted something to happen. There are no bedroom ‘goings on’ here either – in case you were wondering. I have seen more action in a detergent commercial to be honest.

Also this is only 73 minutes in length and did feel longer. I appreciate a ‘lyrical’ delivery of a story but there has to be some ‘poetry’ to keep it afloat and I felt that too was lacking. There was a German film out a few years ago called ‘Harvest’ and I felt that too was lacking, but a lot of people really liked it. If you found that one good then you may well find something here too; if however you preferred German offerings like ‘Freefall’, ‘Balls’, or even the excellent ‘Sumerstorm’, then this will probably not be for you. 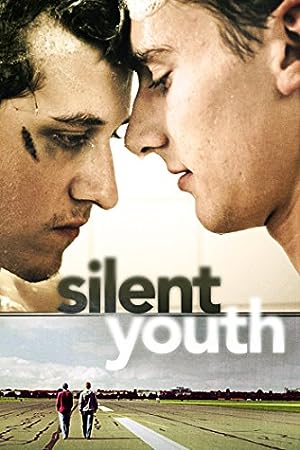 Silent Youth (2012)
73 min|Drama, Romance|01 Jun 2012
5.9Rating: 5.9 / 10 from 634 users
Silent Youth is a film for misfits, dreamers and lovers. It's the classic story of a coming out, but it focuses on the moments one tends to quickly forget: the first approach, the creaking …
Director: Diemo Kemmesies
Creator: Diemo Kemmesies (scriptwriter)
Actors: Martin Bruchmann, Josef Mattes, Mathias Neuber, Linda Schüle