Mates emerge from latency into their sexual identities. Will and Leung are pals, searching the woods of Hampstead Heath for botanical material Leung needs for a school class. Along the way, they engage in horseplay, and Will disclosed that his girlfriend recently fellated him. As they walk on, they keep coming back to the subject of oral sex. Is it curiosity and braggadocio, or are they flirting with each other? Leung crosses a line and declares himself: how will Will react?

This film lacks the experienced hand of a good producer to steer it away from being a tired and hackneyed 9 minute exploration on the well worn subject of coming out to a mate. A dedicated and ambitious producer would have spent more time developing this script into something more interesting.

The cinematography deserves credit for capturing a still calm from the atmosphere of the woodland scenes. 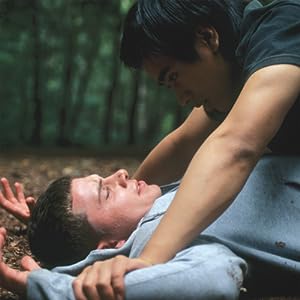 Be the first to review “Summer 2006” Cancel reply