A Little Lust 2015 with English Subtitles

First film directed by Veronica Pivetti. The theme of the film is bullying and homophobia of a teenager at school.

The original title of this Italian film is “Ne Giuletta Ne Romeo” and is a better title and more indicative of what this film is all about. It centres on Rocco who is a teenager with a best friend in Maria – they are trying to lose their virginity to each other but things aren’t quite coming to a head – as it were. He plays rugby at school but has attracted the unwanted attention of the school bully just at a time when a handsome but ‘poetic’ new lad starts school and Rocco has feelings that are not quite ‘hetero’ enough.

Meanwhile his favourite pop star is outed and goes on a farewell tour. Rocco realises he has to see his idol and enlists the help of Maria and Mauri to get to the gig. Only his mum is after him – as he has come out and refused counselling – and his self declared fascist Gran is in cahoots with his mum and so begins the road trip of self discovery.

This is a film I really enjoyed even though the theme of homophobia and coming out have been done many times before. This is funny and human and has great performances and a script that is kind to nigh on all the players – except the bully bloke – and it is also fresh and full of positivity. It is not a bedroom action fest either so do not watch for that type of thing. It is in Italian with good sub titles and a run time of 107 minutes – which flies by – this is one of those small indie films that should have gotten a lot more attention – recommended. 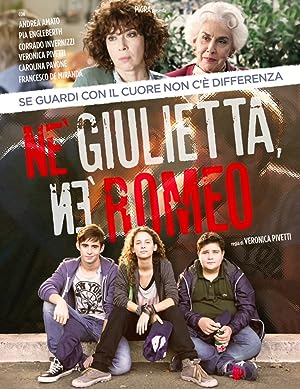 1 review for A Little Lust 2015 with English Subtitles