Home » Non-English with Subtitles » All Yours 2014 with English Subtitles

All Yours 2014 with English Subtitles

Lucas, a poor young Argentinean, does all he can to survive in Buenos Aires. On the internet, he meets Henry, a Belgian baker who suffers from loneliness and who dreams of saving him from prostitution. Lucas crosses the Atlantic and arrives in a small village in Belgium to become Henry’s apprentice, but he soon feels like a prisoner. Audrey, the bakery saleswoman, has everything to please him, but she refuses to.

Definitely not a gay movie at all. Something to do with poverty and the extent people will go for a better life. A struggle between taking advantage of others and damaging lies, later Love found from all the mess, its truly a roller-coaster of a movie, suitable for straight audiences, if L.G.B.T not the movie for you in finding strength in accepting yourself. Has more of negative stereotypes, that may hamper one in a road of acceptance.

Also could serve as a warning to gay men, to keep away from love found on the net from other parts of the globe, you never know who you may be inviting into your life, under the pretence of love,could be a straight guy just looking for a visa. So,also has that clearly defined storyline. Equally that women should be careful with msm, not to sleep with men who sleep with men, as you may get diseases. As i said its a movie that is definitely depressing and makes no sense, what the intent of it was, its definitely confusing. The main character definitely isn’t into guys at all.The baker that he tricked, is ridiculed,abused, taken advantage of its sad and really miserable, to top it all.

I repeat if one is definitely coming out or looking to find positivity in their homosexuality. Definitely would advice keep away from this, its the negative stereotypes of society pushed into one movie. Wont leave you feeling happy and strong, in finding fulfilling gay relationships that build you positively. Neither is it a beautiful sorrowful tale of love lost,sorrow or struggle on a (respectful) gay relationship basis but rather, the usual negativity. 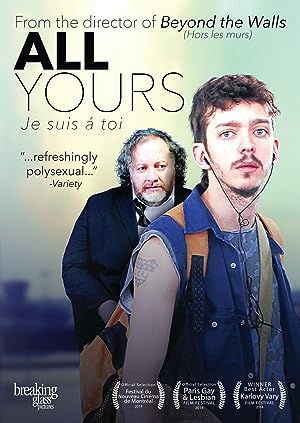