Aslaug Holm follows closely her two young sons Markus and Lukas in their everyday life, while being sons, close brothers, as well as being kids having pleasures and disappointments.

The film brothers have been marketed as “documentary film answers to Boyhood” and when most people read such a sentence, so they think enough that it is a classic exaggeration, but believe it or not, the film is far better.

The Norwegian filmmaker Aslaug Holm has over eight hair filmed his two sons, Mark and Luke, and from this material she has created a documentary that shows the boys throughout their lives. Incredibly pathetic as it sounds, it’s overwhelming immersive and powerful experience to witness. If you’ve ever had a brother or sister, so it is impossible not to mirror itself in the many situation in relations between the two boys and their mother.
A touching, but also remarkable documentary.
For though the whole thing is incredible and touching documentary, it is simultaneously also a bit disturbing that the mother has seen so much of the sons’ childhood through a camera, instead of just being a caring and sympathetic mother.

Aslaug Holm also has an annoying tendency to come up with pocket philosophical monologues, all ending with the answer “maybe?”. Fortunately, there are several places where the boys say no to her many urgent admission, but their strange relationship can be traced all the way through.

Brothers is a fantastic film showing many barndommet from an unheard of close perspective. It really comes to understand the two boys, and it certainly feels as if you yourself travel back to when you were a child. There are of course missing, the largest of which, paradoxically, is the mother’s insistence on creating an unnecessary epic. The pictures however speak for themselves, so it never hurts for real experience. (Google translated) 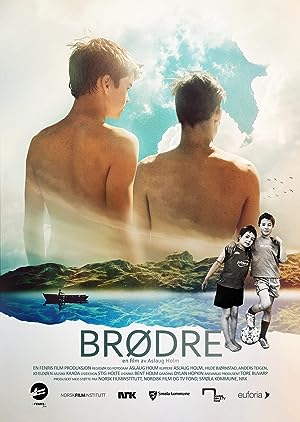 Brothers (2015)
100 min|Documentary|20 Mar 2015
7.6Rating: 7.6 / 10 from 254 users
Aslaug Holm follows closely her two young sons Markus and Lukas in their everyday life, while being sons, close brothers, as well as being kids having pleasures and disappointments.
Director: Aslaug Holm