An art student surprises his classmate and fellow artist by keeping the portrait he has painted of her when she believed she would own it after it was completed. The surprising turn of events continues into a seductive love triangle between her, him and a third student.

I was also amazed at how little rating this film has gotten. I gather it is one of those films that either connect with your senses, or it doesn’t. The story may be a classic menage-a-trois with an, some would say, unavoidable outcome. But there was nothing classic about this film. It is a very unique piece of work. It was among the best 10 films I have seen. The authenticity of the play, and the scenes where so much was said and no one spoke, is sublime. It is a film that is suppose to be felt more than seen, or heard. If you like Korean instructor Kim Ki-Duk’s film, you’ll love this one. A very fine portrait of the seeking nature of youth, with a logic that seems so evident at the time. Yet later on in life is discarded as rash or not prudent, or outright promiscuous. It portraits the dilemma between open mindedness and and the fear of loosing the tender moment. 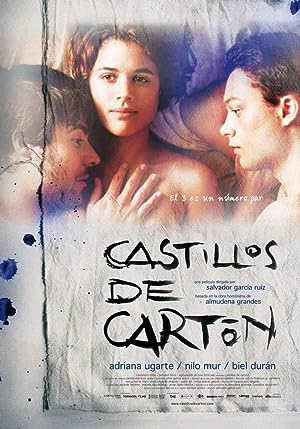 3some (2009)
94 min|Drama, Romance|30 Oct 2009
5.8Rating: 5.8 / 10 from 1,111 users
In an attempt to help his friend with his impotence, Jaime sets up two friends together. But after the failure, he comes in to help. What first appeared to be just a sexual experience evolves to a full romantic relationship of 3 people.
Director: Salvador García Ruiz
Creator: Almudena Grandes (novel), Enrique Urbizu (screenplay)
Actors: Adriana Ugarte, Nilo Zimmerman, Biel Duran, Cristian Magaloni