A group of Boy scouts who name themselves Black Feet learn lessons about honor and brotherhood in a camp.

Filmed with an amateur cast of real-life scouts during a real-life scout camp, I found this movie enchanting when I saw it fortuitously on TV in the Czech Republic.

The story and performances capture the essence of late childhood and adolescence in an innocent yet unsentimental way. The children’s performances are natural and delightful, belying the fact that they have no previous acting experience. There are moments of humour, mischief, coming-of-age and tenderness.

Though dated, it stands well as a period piece. I have used this film recently in language classes with pre-teen secondary students who have found it almost as engaging I do! 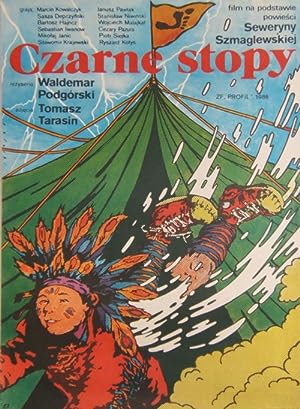