The second movie version, now in color, of Flemish (heimat-)author Ernest Claes’ classical novel, titled after the nickname (Dutch ‘the White’, referring to a blond male) of the main character. The smart but naughty farmhands son’s eternal mischief, pranks and disobedience drive his elders (especially teachers, family and father’s grumpy employer, a rich farmer, but also neighbors and even the kind curate whose liturgical server he is) and classmates to despair in a time when a boy’s punishment was still inevitable, swift and often severe; thus when his mother catches him skinny dipping she takes all his clothes home, forcing him to a long walk of shame, dreading dad’s wrath all the way. This version also stresses the story’s social and Flamingant aspects.

Director Robbe De Hert is known as the most controversial director Belgium has (if he is in some talkshow it’s always a reason to ask) and it’s a bit strange that his first movie (therefore he made some short ones) is a typical Flemish product, and even more it’s a remake from Jan Vanderheyden’s movie from 1934. With all respect I have for Robbe, I think that movies about the Flemish farmers who are sinking into poverty is a bit too much of a cliche (almost every classical Flemish book has been filmed and all by all the subjects are the same : working, church, the rich and the poor…). Luckily enough “De witte” isn’t your typical historical drama but as we all know it’s more like “Dennis the menace” with a Flemish touch. Just a shame that most of the jokes are exactly the same like the one from 1934. Due to the popular subject it might be Robbe’s most succesfull film but for me it was just like some exercise as there is a lot more to come… 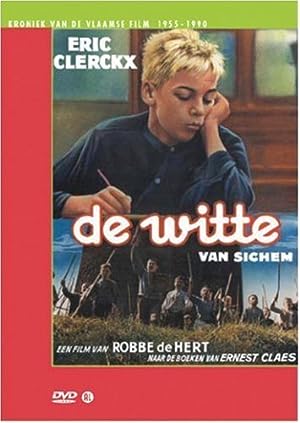