Russia. Our, days, general lawlessness, corruption and inaction of the authorities. But suddenly, in a small town start getting killed. The victims – drug traffickers, corrupt officials bribed the judge … Someone has clearly decided to purge the city from evil. Who are these people’s avengers?

In response to the problem of staggering bureaucracy throughout executive, legal, and judicial power, Russian film makers came forward with Detochki (2013). The stories told by this Russian movie could have happened in any part of the world. In a society, where adults have “forgotten” their obligations toward the vulnerable (small children, victims of sexual assault), the children became the carriers of change. They are the ones killing the criminals who previously got punished with impunity by the corrupt system. Examples abound, if the traditional ways of fighting crimes do not bring criminals to justice, other means are sought and found by the children. In a world that has no trust in legislation, police or government, where victims of sexual assault are no longer protected from those who raped them, either because of the right of the rapist to “initiate proceedings in family court” or because of the rapists’ been simultaneously the crime investigators, the children are the only ones who are not afraid to fight for justice. Similarly to Kids (1995) (and not only because the main characters in both movies are children), Detochki (2013) is a wakeup call and the beginning of revolution. It stands for revolt on the part of the thinking public, the public who for one reason or another, wants to act, but has to restrain its actions, because of the desire to maintain some kind of order within the society. 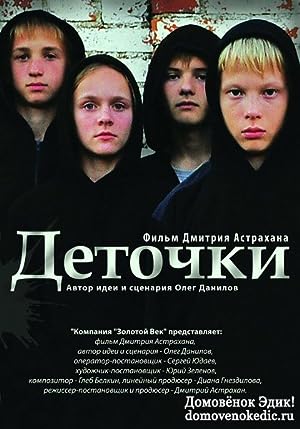 1 review for Detochki 2013 with English Subtitles