The film is freely adapted from Petronius’ book, which is the exploits of two young Romans, Ascilto and Encolpio, as they venture throughout the empire, indulging in both heterosexual and homosexual relationshipsxc2x85 In the course of this proliferation of sensuality, Ascilto becomes impotent and madly goes for a cure which ends in tragedy for Encolpioxc2x85

Apart from that, the sex is portrayed as bizarre, tempting, suggestive of hidden secrets, violating the rules of morality, and going beyond the limit 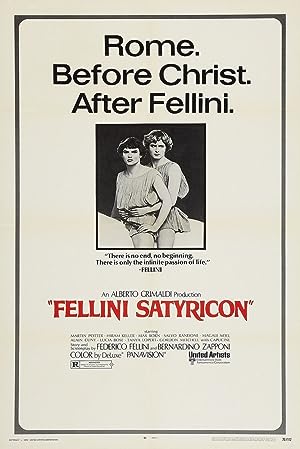