This coming-of-age drama deals with a young man, realizing who he really is and which things he will never do. Loic, 18 years old, being annoyed by his work in a chocolate factory, cruises in the internet by night to have sex with older men. His life is turned upside down by a row of events such as his friendship to a man who is not just interested in his body and the suicide of his best friend…

Lionel Baier’s “Garçon Stupide” is touching and sad — and occasionally original — without being wholly successful. It blends material from both Baier’s and his non-actor star Pierre Chatigny’s lives for the portrait of twenty-year-old Loic, a French-speaking Swiss gay guy who divides his time between an assembly-line job at a chocolate factory in the town of Bulle; graphically shown anonymous sex Loic finds via Internet; taking photos with his cellphone (which makes him dream of being a photographer); and chatting with his long-time pal Marie, a more mature woman at whose place he mostly sleeps. The split-screen sequences in which Loic’s intense, bold sex scenes and the hammering factory machinery at his day job get paralleled are very obvious; but they do have the virtue of sharply veering away from the saccharine, super-sincere quality of so many gay coming-of-age films. This director doesn’t look away from the mindless, self-destructive aspects of his main character. Unfortunately “Garçon Stupide” ultimately plays out too randomly to have an overriding viewpoint.

Loic becomes enraged at Marie one night. Her new relationship with a man has made him jealous. He calls her a slut, forgetting he’s a super-slut himself. She kicks him out and says the relationship is over. This changes everything, since now he has no friend he can count on, or any friendly place to sleep.

The film, which is a rough but assured collage up to here held together by its vérité feel and the tall, striking (if blank-faced) Chatigny’s strong physical presence, disintegrates into fantasy and sentimentality after the breakup with Marie. A narrative that had seemed real now begins to feel like thoughtless improvisation. Something happens to Marie. Loic wanders off and has a telegraphed car accident. He cashes in his savings to buy a professional quality video camera. In a pathetic, pointless digression, he pursues a minor football star from Portugal who plays on one of the local teams.

All this undercuts the simple specificity of the earlier sections and gives the film the appearance of having lost its way. Loic is naive, emotionally stunted, and ignorant: he tries to look things up in a dictionary but since the lacunae include such basics as Hitler and Impressionism, he has a long way to go to reach the middle-class/artistic life he dreams of. He is estranged from his family and without Marie has no one. The film, which avoids the conventional gay coming-of-age clichés, ends on a down note for two reasons — because both Loic and his future are dim, and because director Baier lets his first film’s promising opening crumble away into random pieces as it moves along. Loic ends with a long catalogue of things he is not going to become, but there’s no sense of where he’s going or what he will be. 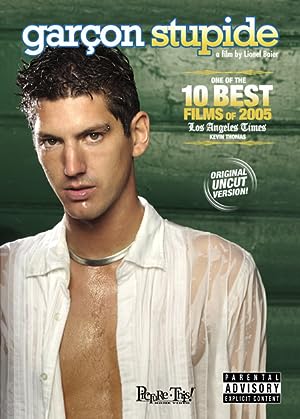