Paulo, a young pianist, meets Ilir, a bartender and bass guitar player originally from Albania. They become lovers. Confronted by his girlfriend Anka, Paulo finds himself out on the street. Despite Ilir’s misgivings, Paulo moves in with him. One day, when Paulo promises that he will love Ilir for the rest of his life, Ilir leaves the city and doesn’t return. A few days later, Paulo finds out that Ilir is in jail, and their relationship faces unexpected challenges.

I watched the movie with no much expectation! It turned out to be one of my favorite movies. There are only four characters in the movie ! All of them did their part really well, Especially Paulo. The ending was very beautifully directed i had tears in my eyes ! This movie explains how complicated love is. Even though you want someone, it is not easy to be with him. As the other reviewer said,the story is not at all similar to “Weekend”. Only Similarity is, the main characters meeting in a bar for the first time! other than that i cannot see any similarity in the story. Beyond the walls is much complicated love story. 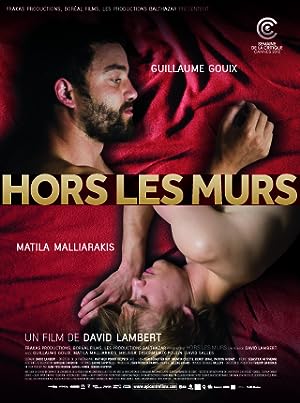