I killed my mother 2009 with English Subtitles

Teenager Hubert haughtily regards his mother with contempt, and only sees her tacky sweaters and kitsch decorations. In addition to these irritating surface details, there is also his parent’s cherished mechanisms of manipulation and guilt. Confused by this love/hate relationship that obsesses him more and more each day, Hubert drifts through the mysteries of adolescence – artistic discoveries, illicit experiences, the opening-up to friendship, and ostracism. The turbulent relationship between mother and son unfolds with a compelling combination of savage fury and melting affection. The stunning, semi-autobiographical directing debut of 20-year-old actor Xavier Dolan.

I just finished watching this film online with poorly translated subtitles which made it difficult to decipher what the characters were saying some of the time, however I got the gist of what was going on.

A few of the reviews I’ve read have said they couldn’t stand the main character and it dragged the film down. I think this film works because the main character is so bratty! He is absolutely wretched to his mother at some points and his mother perfectly nice back to him. One reviewer said they couldn’t understand why he was so mean to his mother ‘for no reason’. I actually related to Hubert’s character getting annoyed at little things because when you’re a teenager everything about your parent can annoy you! The first scene is stellar with the mother having cream cheese on her face and it annoying Hubert.

I also believe that him being a ‘closeted’ gay and wanting freedom from his mother would also have been contributing factors as to why he was such a brat to his mother. The constant struggle between wanting to be independent of your parents but also not being quite old enough to be completely alone and still depending on a parent is what is captured so well in this film. I like that you can see the angst between mother and son from the child’s eyes, frustrated yet loving. Hubert is a tortured soul! Everything is a little exaggerated, but wasn’t every little problem a big deal when you were 16?

This film was great in my eyes. I got a lot of entertainment from it and it’s an amazing effort for the first directorial. It is definitely stylised and borrows from the likes of Wong Kar Wai (violins??) but it suits the film and contemporary setting and interests of young adults today. 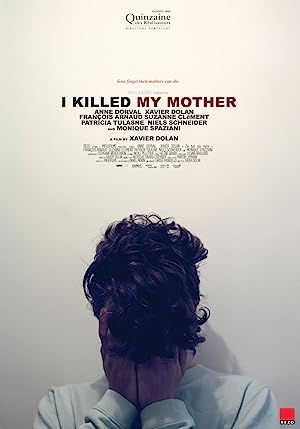