Helen is a young woman running a hairdressing salon; Bob is her boyfriend and local radio DJ; Honda is a mute kid who’s secretly taping people’s conversation and Smokey is Honda’s sister who sings at local bar. New guy in town is the mysterious Martin, who shares some dark history with Helen and observes her from afar at first. Honda falls in love with Helen and starts taping her conversations with Bob, and that leads to reactivation of the Helen-Martin relationship.

One of the best movies I have seen this year. Michael Winterbottom proves to be a truly versatile director with this film about love, loneliness, sorrow and obsession in an English coastal town. The use of Elvis Costello’s song “I want you” as a theme throughout the film is superb. It leaves you with a strange and yearning sensation that will last for days. The cinematography is so very good, thanks to Kieslowskis photographer Zlavomir Idziak who also filmed “Gattaca” creating a similar visual style. Wonderful yellow, green and blue renders a supernatural, poetic feel to the characters as well as the town. You watch with the feeling that anything can happen, and it does.

The casting of this movie is almost perfect. Rachel Weisz is equally true as the both innocent and dangerous Helen as she was in “The Mummy” playing a librarian with vigour, looks and brains. I predict hers to be a great career. Make way, Kate Winslet and Helena Bonham-Carter! Alessandro Nivola as Martin is just as persuasive. He is scary, touching, pathetic and assertive all at the same time, consumed by an obsession with Helen fuelled by eight years in jail.

The only thing that bothers me about this movie is the way it abandons the mute boy and his sister’s story to concentrate on Helen and Martin. However, this is a minor detail in a movie that often bears visual reminders of Derek Jarman at his very best. The very self-conscious references to “Romeo is bleeding” and “Red rock west” will probably ensure a similar cult-following before long. 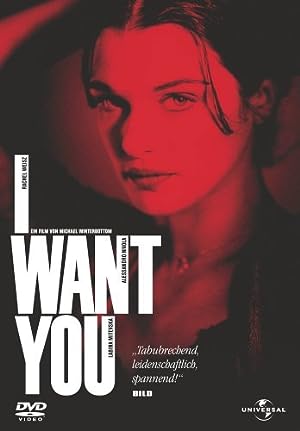