For JACK (10), having a family is the most important thing in the world. Then, one day, his mother disappears. Together with his younger brother MANUEL (6), he embarks on a journey to find her… the journey of a boy who has learnt from an early age to take responsibility. In the end, his brave and startling decision holds up a mirror to all of us.

For a German drama this is pretty good. And for one starring mainly children it’s almost incredible that it’s as good as it is. It’s tough finding suitable child actors who can convey emotions (other than being cute on screen that is). And this is far removed from cute on screen (though empathy obviously will play a major role on how you will watch and judge what happens).

Jack is the title character and is as all heroes in movies troubled. But the troubles feel more than real, the movie filmed to feel like it is a documentary (without narration). There are big obstacles in the way and a seemingly unachievable goal that the kid wants to accomplish. It’s not the feel good movie you’re looking for, but it might get you thinking about a few things in life … if you want entertainment though, look elsewhere 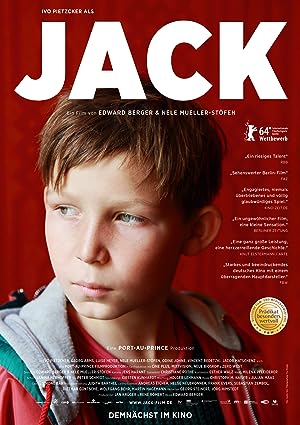 2 reviews for Jack 2014 with English Subtitles