In the burning heat of July, Thomas and Victor, two 14 year old teenagers, are bored to death and want to escape. Victor decides to take Thomas to an abandoned bridge. Timorous, he follows him. He will have to confront his fears and desires along that bridge whose end is uncertain.

friendship. challenge. the adventure. and a hot summer day. the games. and the desire. and the trip who change everything. short, one of films who translate the feelings of a splendid age in the right manner. directly. refreshing. using the high delicacy of story tone, admirable cinematography, beautiful dialogue for discover the essence of temptation and need to be yourself and the flavor of friendship at 14 years old. this does “Juillet electrique” fascinating. its seductive simplicity who reminds other adventures, ours. his demonstration of courage and vulnerability. the symbols – like a bridge who does the short film good occasion for remind Stand by me by Rob Reiner. a touching film. about a special age. 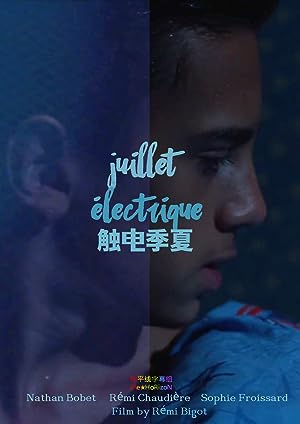 Be the first to review “Juillet électrique 2014” Cancel reply