Kids from Shaolin 1984 with English Subtitles

Two rivaling families live on opposite sides of a river. One of them practices Shaolin kung fu and has only sons, while the other has only daughters and practices the Wu-Tang sword. The father of the Wu-Tang family is so paranoid about the Shaolin kids stealing his sword style (besides, he wants a son to teach it to, and the closest thing he has is a lesbian daughter) that he is taken off guard when some real bad guys come along to kill his family, but the Shaolin family helps them out. All the while, everyone is desperately trying to get the lesbian girl to marry Jet Li.

Like the first Jet Li’s movie, the Shaolin Temple (1979), this movie is also excellent in that all actors are professional martial arts athletes of Chinese national and provincial teams, including the boys and girls from the national/provincial junior teams. Hence, all moves are realistic and there is no stunts, no cranes, no cable, no fakes, and no special effects like Jet Li’s later works such as Lethal Weapon 4. As martial arts flicks in China developed, it inevitably took the similar road to that of Hong Kong and Taiwan with increasing fakes, and earlier flicks like this is thus really a masterpiece in comparison. 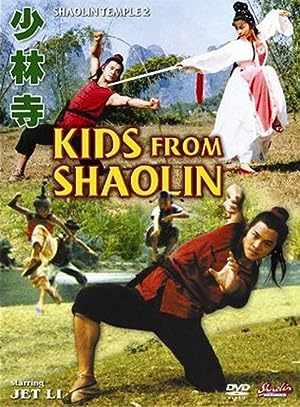