Sarah is 13. She and her best friend Charly (16) have already lost count of the men they have been to bed with: one night stands, nameless, and interchangeable – no commitments. Then Sarah meets 18-year-old Lukas in a chat room, and for the first time in her life she longs for a real relationship, for true love even. But is Lukas really interested in her? Or is he just using Sarah for a reason that lies far beyond love and affection? Meanwhile, Charly has to find a father for her unborn child, and Sarah’s mother has to cope with the fact that she’s not a teenager anymore… Three days in the lives of a group of teenagers struggling to grow up and to find their places in life.

I guess Kids could be one inspiration for this. Or just what the writer of this heard and saw in his private life. One thing is for sure, the movie that is rated “12” in Germany will be at least R-rated in America. It’s not explicit, but there is a lot of nudity in it and the actors pretend to be underage, while doing certain things.

It’s a tough watch and another showcase that you can show skin in Germany as long as you don’t portray violence, everything is OK. The exact opposite that is happening in America of course. The drama aspect of it and the new media (recording events and posting them online) that is being incorporated in this make this a very interesting view. But a very hard one as well. Especially because there is almost no redeeming character to root for … 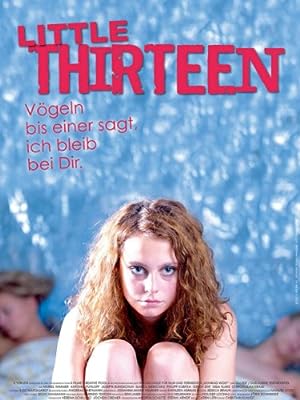