Young and handsome Sergio works the night shift as a trash collector in Lisbon, Portugal. He can’t force himself to connect with his pretty female co-worker Fatima, who displays an avid interest in him, so instead Sergio roams the city with the trash company’s pet dog. Eventually Sergio becomes fascinated with a sleek motorcycle, and then also its owner, João – a young man totally indifferent to Sergio. The frustrated trash collector’s surfacing sexual desires unleash his darkest impulses, sending him down a dangerous path of violence, depravity and degradation.

i found this film a little hard going to start with, the explicitness didn’t bother me after all we now are in the 2000’s, and we should all live equally together whether gay straight or bisexual. the film follows Sergio and his peccadillo’s of sado-masochism, his excessive sexual fantasies lead him around Lisbon during his work at night, masturbating a police officer and oral sex in a public convenience are graphic but was not off putting, he has a life that is different to a lot of people, working a night shift he has the chance to “enjoy” himself, and does so. Going through the rubbish and picking out gloves and used swimming trunks which he wears and even gets turned on by wearing them, the shower scene is not graphic which makes it more of a turn on, by watching his face, he gets to the point of no return, the actor portraying Sergio (Meneses) give an excellent performance and isn’t afraid to show his feelings in such a film, good luck to him in the future, with his looks and body he should be very busy within the film trade, give the film a chance i found it excellent. 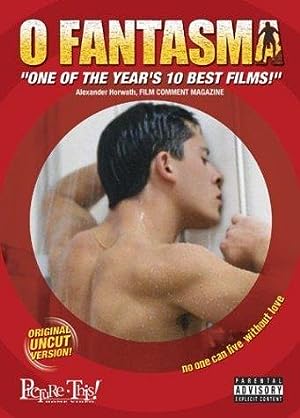