The very realistic life from deep inside the entrails of a Primary school, with explosive results.

Primaria means elementary school. The establishment in question in is the San Francisco de Paula School in Seville, where director Ivan Noel taught art for a year. The filming took place in ten days during summer vacation and features Noel’s own students, other students and their parents. The rest of the characters, in particular the schoolteachers are actors, with Francisco Alfonsxc3xadn playing Noel’s screen alter ego. Altogether, the children are the protagonists of this movie. Teachers are shown only at work or engaged in conversation in the faculty lounge. There are also tantalizing glimpses of their private lives, and of what makes them tick as educators.

The result has been an outstanding semidocumentary movie. Children act (or are themselves) in an absolutely natural and unselfconscious way. They are able to ignore the presence of the camera since they are being filmed by somebody familiar, their teacher. The movie deals with the vast reservoir of artistry, creativity and imagination present in every child, a reservoir that will remain untapped in absence of good art classes and/or parent attention and support. It also shows the therapeutic effects of art.

The Spanish spoken in this movie is the colorful and musical Andalusian version. Acting is very good all around. Digital cinematography by Ildefonso Corrochano is outstanding. Music (by the director and from other sources) is sparingly used and supports the action. Script by Alfonsxc3xadn and Noel is fluid, with nothing superfluous or missing. The movie was filmed with on an amazingly low budget and apparently nobody was actually paid for his/her work.

There is much discussion nowadays about the teaching of art in US schools. Nobody questions mathematics of the sciences, but school districts sometimes are short of funds and, invariably, the art classes are the first to be cut. This movie is a powerful argument against these policies and should be mandatory viewing for teachers and administrators everywhere. Don’t miss this film; the director has posted it in You Tube with English subtitles. 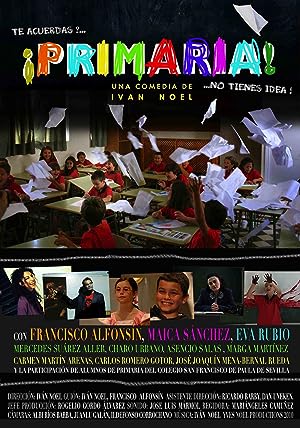 Be the first to review “Primary! (2010) with English Subtitles” Cancel reply