On an impoverished Italian island, a free-spirited woman is accused of madness by townspeople fed up with her antics.

This movie is a good example of showing that it is possible to produce high quality films without spending too much. The scenario is very well written and characters are well chosen. Every single person fits their role very well that I couldn’t help thinking that such a village really exists. Especially Grazia and her younger son are acting very well. The younger son is so natural and has great talent. As for the Grazia, she is showing the character of a caring and sometimes crazy mother with her gestures and talks. The landscape in the film makes you feel like going holiday in the Mediterranean. The sea, sky and the landscape are absolutely beautiful. After seeing this film, I have realized that the rural lives by the sea in many countries are similar, the differences are in the languages, but the feelings are same. 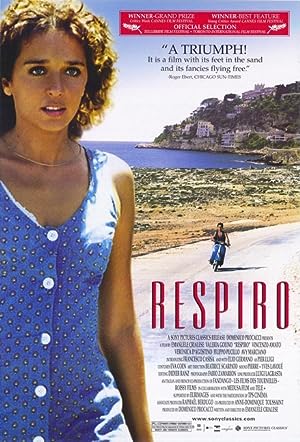 1 review for Respiro 2002 with English Subtitles