Leo is 22 and sells his body on the street for a bit of cash. The men come and go, and he stays right here – longing for love. He doesn’t know what the future will bring. He hits the road. His heart is pounding.

A cruel, brutal and honest depiction of life as a young male prostitute in Paris. Leo lives in a very destructive existence. The movie takes us straight into life and does not hold back for how tough this life is. Felix Maritaud is fantastic in the role of Leo, and is able to express the despair he often experiences. But he also produces a protagonist who may not be able to change his existence (for reasons we do not know). Although the film is both brutal and intense, it also has warmth and shows friendship in a credible way. I also want to draw the effort to Eric Bernad in the role of Ahd. The relationship between him and Leo is one of the film’s best scenes, but also the most demanding to be able to relate to. Frankly, I think the movie shows a harsh reality, perhaps in a closed world for most of us. The director will be praised for making a film that really manages to depict a human being in a merciless world. But the movie is also about that despite a tough situation, it’s always the choice we take that has consequences. That way, the film does not produce these people as victims, but as living individuals who choose to live their lives, different from most of us. A strong movie, on many levels. Highly recommended. 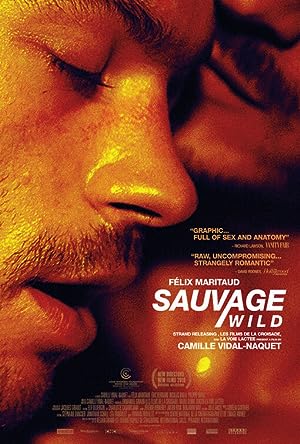