Trouble starts when Lars, a 25-year-old with few prospects for the future, discovers that an older man is fooling around with the teenage boys in his suburb. A terrible rage is triggered in Lars, and he embarks on a crusade to stop the abuser. But it soon spins out of control, and Lars’ actions end up endangering those he set out to protect.

Sønner presents us a profound controversy of doing what is right and hiding what is wrong. Starting at a subtle tone the movie establishes the theme and the story by introducing the mid-aged man who has been having sexual relationships with teenage boys in the neighborhood. Lars, a 25-year-old who works at a swimming pool as a lifeguard, has the intention of bringing this man to justice.

As the secret unfolds, which I won’t spoil here, the twist inserts a different layer into the film, unraveling a more personal story. Often in movies do the characters find themselves reluctantly between seeking justice and maintaining a secret. The conflict arises when only one can be done.

It’s all about what to believe and whether you are afraid, and thus, what to choose. The fear of exposing a secret is well depicted, and the actions that follow are reasonably organized in a way the film can truly be viewed as a real-life experience. That adds to both to the storytelling and the sentimental values of Sønner.

In another viewpoint, the movie is also about hesitation, and letting go of and accept the past. It is also about revenge and anger, which give the film an emotional angle that attracts the audience.

Sønner is a beautifully directed and acted movie. Its captivation lies in its realistic portrayal, and also in its organization and message. The theme is undoubtedly dark but it is still a gem to enjoy. 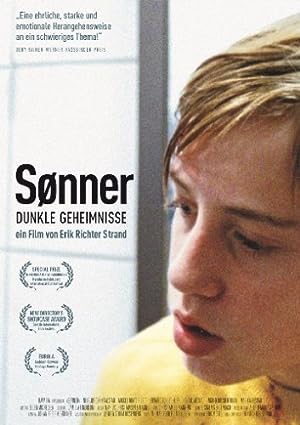 3 reviews for Sons 2006 with English Subtitles