After the loss of his wife, BILL PONDER (Simmons) and his 17-year-old son WES move out of their small town into the big city in an attempt to have a fresh start. As they each begin to adjust to their new life and seek ways to heal their wounds, they both find comfort in newfound romance. Wes meets LACY, an introverted but fierce girl whose enigmatic personality captivates Wes’ attention, and Bill meets CARINE, a compassionate and elegant teacher whose own past heartaches resonate with his. As relationships are tested, Bill and Wes grow apart and back together again while discovering their true selves in the process.

For me this movie hit close to home as my sister and I lost our mother suddenly, when we were young, and at a time we were expecting many more years of love! I am sure this is the case for many losing a parent can be a hard fact of life at any age. J.K. Simmons always seems to rise to the occasion of any role he plays. This one is no different as you feel like you experience the pain with him at moments in the movie. Great effects as just like in real life there are memories that trigger the hardship of losing a loved one, and it is sometimes hard to get your balance! I felt the story as a whole was very well done as it starts out with J.K. Simmons taking his son packing up, moving, and trying to start elsewhere by leaving the home that him and his wife spent over 30 years in. As we all know running away from something doesn’t help until we face tragedy head on. Some great acting also by Josh Wiggins (who I recently saw in Walking Out) who plays the son. I though the cast was well thought out, and and the movie gets support from all of them with some great acting. I especially liked the part of Carine who is played by Julie Delpy, many of you might remember her playing Carine in the Before Sunrise, Sunset, and Midnight Trilogies. Also her being French and being cast as the French Teacher in this one was a brilliant move. All in all an experience well worth watching as I liked the way the movie developed and took us all on a memorable ride and experience. Like I said one that many of us have been taken on a similar ride in a part of life that can be tragic and one that we deal with in many different ways. This one exposes many of the other characters realizing we all are dealing and surrounded by other’s who can be hurting from life in different ways. Again a great Heartfelt triumph, very well done!! 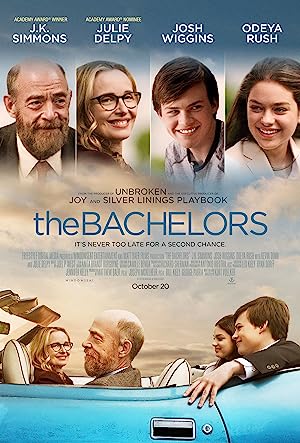 Be the first to review “The Bachelors 2017” Cancel reply