The War of the Yokels 2017 with English Subtitles

In 1975, an Italian village experiences its annual “war” between the wealthy boys and the children of middle-class parents, but something is different this year.

it reminds many wars between children/teenagers. The boys from Pal Street is the first example. but its status of parable is more profound. not a game but vulnerabilities. not competition but need to be accepted. oasis of poetry. and precise social picture. short, a film remembering many others films about teenagers. but special for the beautiful mix of magic, love and cruel realities.and , like in Lord of the Flies – an only adult. unfortunately, not a pilot. 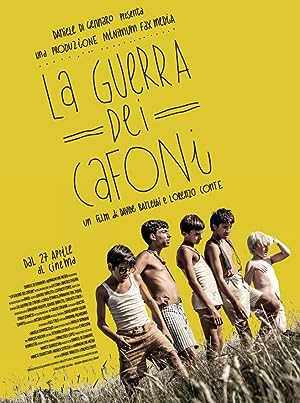