As Georgios Vizneyos, one of Greece’s greatest authors, degenerates in an Athens mental asylum, the tale of another story-teller, his grandfather, begins to emerge through his mad ramblings. This lavish film recreates (through his own words) the writer’s childhood life, rich with fantasy and legend. Apprenticed to a tailor, young Georgios’ mind is filled with his grandfather fairy tales. He ponders the hill from which one can climb into the sky and waits each day for the chance to bring clothes to the princess and win her heart through song. But, just as reality begins to germinate doubt in his mind, Georgios is called home to his ailing grandfather, who will reveal one final, true story that may prove to be the most fantastic of all.

Illustration of the eponymous work of Georgios Vizyinos (1884), Lakis Papastathis uses the first person of narration and makes it an “autobiography”, which is chronicled during the last years of the life of the prose writer, being hospitalized in Dromokaitia. The fictional representation of the era and the speech, the preservation of the katharon and the moral integrity are routed directly into the psyche of the viewer, drifting to the magic of Wyzyn’s writing. The selection of the little girl Fragiskis Moustakis in the boyish role is considered ideal, since she is called to interpret the “grandfather” who has tresses growing up like a girl, but also to serve the beauty of the young Vizian, where the fairytale defines her as unique. However, the short duration of the film betrays the whole thing and leaves insanely the best of our intentions, which did not prevent it from sweeping the state awards. (google translated) 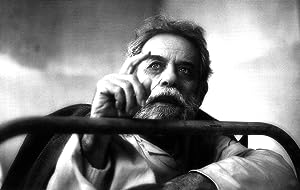