Two friends walk around the city one afternoon, on the verge of imminent Apocalypse.

The plot here is that two friends are walking around talking about sex and sexuality. One is supposedly straight and the other decidedly gay. The latter seems to have been around the block a bit and orally gratified nearly all their erstwhile acquaintances. We also have an impending apocalypse.

We get to hear their stories in flash back and the sexual tension is palpable through out. It is funny as there is not any real sex that I can recall. It is a really nice film about the awakenings of sexual desire – the possibilities of youth and that time in your life when you trade secrets with a close friend. I really enjoyed this.

It would have been a good film without the ‘end of the World’ backdrop but that may have been there to give added immediacy to the plot and make the sudden sexual curiosity and openness more urgent. In Spanish with good sub titles this is a well made, acted and thoughtful film that I can recommend. 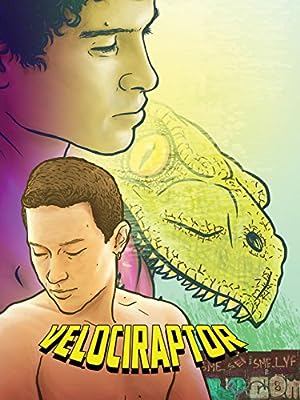 1 review for Velociraptor 2014 with English Subtitles