After being robbed of a week’s take, small-time pot dealer David is forced by his boss to go to Mexico to pick up a load of marijuana. In order to improve his odds of making it past the border, David asks the broke stripper Rose and two local teenagers to join him and pretend they’re on a family holiday.

Differences between the Theatrical Version and the Extended Cut

This movie had me in fits of laughter. I love Jennifer Aniston. She played Joanna in my favourite movie of all time, Mike Judge’s, ‘Office Space’.

The movie is fast paced and there’s not a boring moment throughout it. The story line is straight forward and so you don’t have to spend much time thinking too hard. You get to sit back and laugh for 110 minutes which is really great.

There are some really funny lines in the movie and my favourite one of all which had me in fits of laughter was, ‘You can buy a house and run away from it’ (this will only make sense within the context of the movie).

Highly recommended if you want to relieve some stress after a hard day at work. 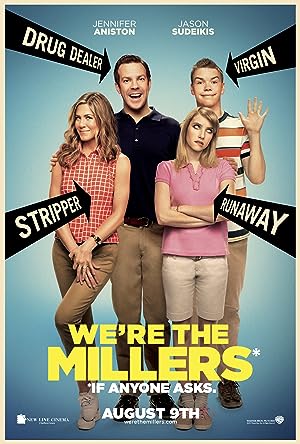