In the 1890s, 10-year-old Yohan is sent away from home to survive on his own as a child laborer. He experiences hardships and overcomes his fears by relying on bravery and hope to make the best of his circumstances.

Yohan – Child walks are reportedly based on true stories of children who attended the children’s migration in Agder in the late 1800s in a time of hunger and poverty, with great emigration to America as a result of the conditions. In other words, it is basically a reality that should offer both excitement and drama. The children were sent away to work on farms in the summer – for board and lodging and some payment after the end of the season. Therefore, it is with amazement that I experience this smearing of a story that should have cost over forty million to make – and that gives zero insight into the childhood walks. It is with amazement I find that good actors such as Jørgen Langhelle and Dennis Storhøi throw away their talents here. Like everyone else in the film, it also looks like the person instruction is totally absent.

Grete Salomonsen takes us back to a time of need and poverty, but yet she presents us to a group of well-fed southern children who are clean and neat in their clothes. Yes, Yohan is even the first ever snowboarder; he gets away from a wolf attack on a snowboard! The director’s dramaturgical grip is regularly on the lookout for a wolf and bear attack in the over two-hour film. It asks if it’s enough to keep the audience awake. I myself sat and hoped for the wolves to get rid of Yohan and get it all over. But no, the scroll text shows that this is Yohan 1 – in other words, there is a danger for more.

I say like the Icelandic poem Snegle-Halle: “kill me, master king, but not with porridge!” 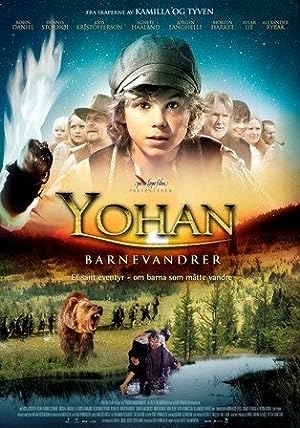