Set in New Zealand in the summer of 1975, 50 Ways of Saying Fabulous is the story of 12 year-old Billy, who is about to discover that growing up is a lot more confusing than he could have ever imagined. He is a farmer’s only son who is out of step with the other boys at his school. He feels they only want to fight and play rugby and while he tries to be the same, he feels he was never cut out to be a farmer or a rugby player. Instead, he prefers to dream about an imaginary life in outer space. In this world, a turnip paddock becomes a lunar landscape and a cow’s tail a head of beautiful blonde hair which transforms him into “Lana” the heroine of his favorite TV show. With the arrival of Roy, the class freak, and Jamie the sexy young farm laborer Billy’s world is changed forever. As he learns about his sexuality, everything he knows is called into question, including his lifelong loyalty to his best friend, tomboy Louise, whose world is changing alongside his. Set in New Zealand’s Central Otago landscape.

Not as true to the book as it could have been. Some of the more feminine moments in the book ended up on the cutting room floor. However congratulations to the young male actors for very brave performances. The golden colours appear too contrived at times and this was unnecessary because the landscape is awe inspiring anyway.

At screenings in Wanaka this last week I am told the audience is clapping at the conclusion of each screening. Well done to all involved particularly given the budget the film enjoyed.

This is another example of a New Zealand film that takes a universal theme (the complexities and confusions of adolescence and early sexual awareness)and puts it into a very traditional rural context and reminds us of the normality of it all. 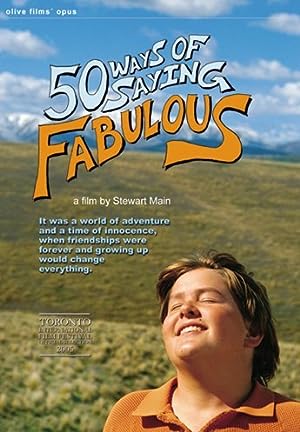