Mexico City is experiencing a series of child killings, and Lalo may be next if the killer knows of the connection Lalo has in possibly solving these crimes.

It is an left handed honour to be the first person to comment on this bloody mess, Its a small cast film, & I will give spoilers throughout. I do not expect many to read this outside of my movie buff list. Aren’t you guys just thrilled. I have to do at least 10 lines so suffer with me.

Little school kids are being murdered & mutilated/Seems like 5th graders to me.

As I said this is a small cast movie. We have an ineffectual teacher,(who cant act). We have one over-wrought mother (really cant lame her she has one 14 yr old daughter who becomes a victim. We do not find out anything more about her. Her very quiet son,(he witnessed his older brother being run over a few years prior). . there are 2 other boys involved one a very nice lad who gets bullied. & another troubled lad. — (BIG SPOILER HERE) who is the killer..ain’t that nice children killing children. This is just about the entire cast. apparently, in this nice area of Mexico City,there are no police or other adults, except in the very last scenes 2 (what seem to be) police show up, by then its to late.

The script is that stupid, I kid you not. to top this off, the production values are awful as well. The cinematography,film editing & the music are among the worst.

The film was made in 1995 & just released direct to DVD a few months back.

A few decades back a production company in The Phillipines released a few movies by ‘coffin joe’ these movies were very bad but they sure were better than this piece of garbage.

The only reason the film has the numerical rating it has, is because the 2 young lads are acceptable in there roles & do the best they can. 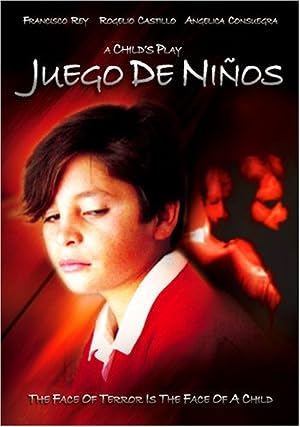