Home » Non-English with Subtitles » A Ciambra 2017 with English Subtitles

A Ciambra 2017 with English Subtitles

In A CIAMBRA, a small Romani community in Calabria, Pio Amato is desperate to grow up fast. At 14, he drinks, smokes and is one of the few to easily slide between the region’s factions – the local Italians, the African refugees and his fellow Romani. Pio follows his older brother Cosimo everywhere, learning the necessary skills for life on the streets of their hometown. When Cosimo disappears and things start to go wrong, Pio sets out to prove he’s ready to step into his big brother’s shoes but soon finds himself faced with an impossible decision that will show if he is truly ready to become a man.

This film drags you into the world of Pio, the main character, from the very first shot to the last, making you descend very slowly and blissful back onto your seat, long after the lights have gone on. Unblended cinema magic! You could feel the passion and heart that was put into this throughout; the filming took more than 90 days (wich is abnormally long) but this care and eagerness to bring Pio’s world to life in a pure and enthralling way is reflected upon every scene. An important reason for this was probably the characters who felt delightfully authentic, not infected by hollywoodian handsome faces but (apparently the director also used real people from the area) real human faces of wich you simply couldn’t doubt there truth and were going straight into your heart. Another decisive factor in the film’s relish was beyond a doubt the dynamic and beautiful camera work, capturing the streets of South-Italy and it’s powerful faces in warm colours and shifting it’s close focus across the action. At the same time A Ciambra shifts your own focus upon Pio’s social reality, offering you an absorbing and enriching window upon this poor region in Italy in the spirit of Italian neorealism. 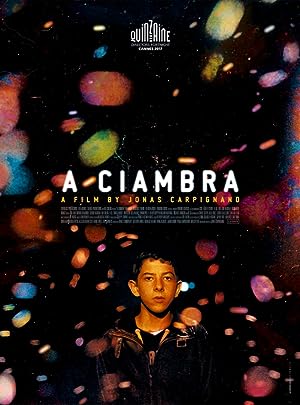 The Ciambra (2017)
118 min|Crime, Drama|26 Jan 2018
6.9Rating: 6.9 / 10 from 1,381 users
In A CIAMBRA, a small Romani community in Calabria, Pio Amato is desperate to grow up fast. At 14, he drinks, smokes and is one of the few to easily slide between the region's factions – …
Director: Jonas Carpignano
Creator: Jonas Carpignano
Actors: Pio Amato, Iolanda Amato, Koudous Seihon, Damiano Amato

2 reviews for A Ciambra 2017 with English Subtitles