A bunch of 15-year-olds in Viborg make their first experiences with love, kissing and sexuality, coming together and drifting apart. The film follows the adolescents over a three-year-period, focusing on the relationship between Jonas and Agnete, which is made difficult by misconceptions, Agnete’s interest for philosophy and Jonas’s friend Toke, her father’s mental illness and Jonas’s own indecision regarding his feelings for her. The story ends when the protagonists finish school.

If you’ve seen one Malmros movie, you’ve seen them all. Maybe. Or maybe not! Many of Malmros’ movies takes place in his own life, so does this movie. It is often the same story – the one about being unhappily in love. The Malmros movie ‘Kundskabens træ’ depicted the children (and has now made cult status), and now with the movie ‘Kærestesorger’, we see the teenagers. It is quite a work that underlies this movie. It took Malmros three years to make this movie. This is because we, as a viewer, have to get the feeling that the characters undergo a development – and they really do! A lot happens in three years when you are 15 years old. 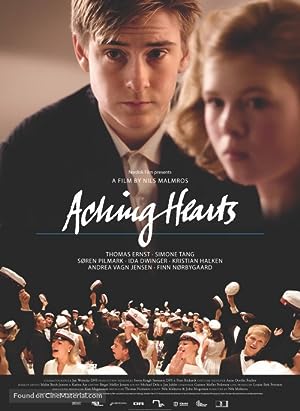