A group of normal 14-year-old teenagers at a secondary school in Zürich with the normal yearnings for love and acceptance. But the power of social media, with its high-gloss selfies and perpetual pressure towards cooler and sexier, increasingly forces the kids to deny their true feelings. So a tragedy runs its course, one in which it is almost impossible to differentiate between perpetrator and victim, guilt and innocence.

Not a new subject – pretty much a 2015 update of Larry Clark’s Kids, in a Swiss setting. Is quite sensitively done though. While Kids was good, it teetered on the brink between a profound story and creepiness. Niklaus Hilber, the director of Amateur Teens does his best to be confronting without turning the movie into some cheap titillation exercise, and does so very well.

The stories are honest, realistic and engaging yet the tone is not overly judgmental. The kids have redeeming qualities, to an extent, and there are enough examples to show that not everybody is like this. There is some hope for the youth of today. 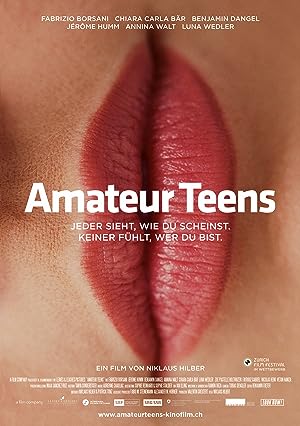