A young man goes to prison and a tough, older convict takes him under his wing as a mentor.

Over the years there have been made many prison movies,but I dont think many of them really reflect how terrible a prison is.I think this movie shows it in a more realistic way than many other movies.The movie tells us that you got to have connections within the prison to survive and that friends are everything.This movie is the portrait of a young boy who ends up in a prison,and luckily he gets introduced with one of the leaders among the white inmates and therefor has a chance. In the roles you’ll find Willem Dafoe (which does a wonderful job in this movie) and Edward Furlong who also is very good.As some other inmates you’ll find Danny Trejo who always looks really tough and scary and Mickey Rourke in totally new role that I never thought would work for him.See the movie and find out what I am talking about. 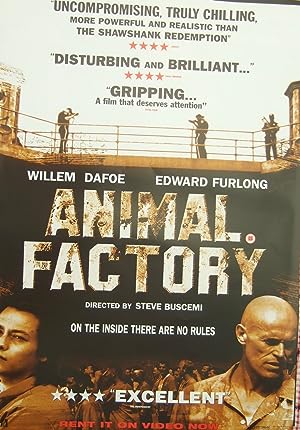