Directed in documentary style about a number of delinquent boys in a reformatory, who were not given scripts and asked to simply be themselves, this movie focuses on the young men and their natural day-to-day. When the protagonist is released he has an opinion regarding the institution, which moulded him.

This is a very good film reminiscent of Truffaut’s 400 BLOWS and Bunuel’s LOS OLVIDADOS. The cast is made up of actual juvenile delinquents and the authenticity shows. The kids have no trouble playing themselves. Unfortunately the video that makes the rounds in the U.S. is very bad quality, suffering from the dreaded white subtitles lost in white background phenomena. It might be worth waiting for a film festival or revival screening. Takemitsu’s score isn’t as distinctive as his better known works, but it’s still nice. A very light score representing care free youthfulness. 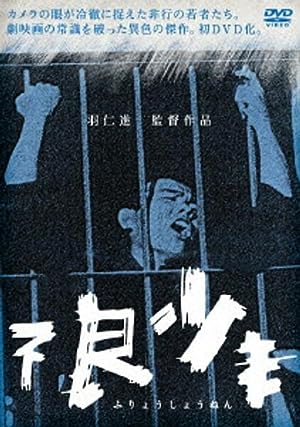