A country – in the heart of the Peninsula. Two brothers, separated by the timelessness of the Transition. A collage of an end neighborhood with a slew of funny characters, child’s fantasies and dark dreams – a quest through the intimate secrets of Bulgaria. Djore is 26, dresses in black, listens to drum & bass and does graffiti. Kotze is 9, wears a silver chain, steals, fights and loves pop-folk. In spite of their differences, the brothers hit the road in search of a buried treasure, willed to them by their grandmother. On the way they will encounter unbelievable adventures, unexpected characters and undiscovered truths;…

Something terrible happens again on the Balkans. Censorship, political persecution, trials in absentia, film prohibition – all those words known from the near past behind the iron curtain… No – you are not back in the Communist era, you are living in 2009 and yes, Bulgaria is a member of the European Union. But…

On May 13 2009, an international arrest warrant was issued for the Canadian / Bulgarian filmmaker Alexo Petrov – director and co-producer of BAKLAVA – the most wanted Bulgarian movie of all times.

Banned in its country of origin under accusations of containing scenes promoting drug use, pornography and homosexuality, the commotion generated by BAKLAVA led to an investigation of the Bulgarian government, trial and sentence in absentia.

Baklava has been shot with the participation of several children from an orphanage in Bourgas, and it tells the story of two brothers reunited in a hunt for a mysterious buried treasure. Apparently, something else, more disturbing than the pictured orphans’ life, scared some Bulgarian politicians. Among the other scenes with documentary character, there is a sequence where bunch of gentlemen in black suits, with ties in different colours, corrupt, undress and “dance” with young girl in Bulgarian national dress. Allusions with the corrupted and arrogant Bulgarian politicians are unavoidable.

In the peak of the scandal Petrov, who lives in Canada since 2004, wrote an open letter to the medias and institutions where he said: “I went back in Bulgaria with good intentions, with open eyes. Although, most of us cannot or just do not want to see the terrifying reality, the real life nightmare there is not a fiction. The film at some point might be entertaining, shocking or even might make people blush, but at least it shows what is really going on in Bulgaria – on the street, in our concrete apartments, at bus stations, on TV, at the overcrowded stadiums during pop folk concerts, at the bars, in the orphanages and children’s care homes… What is happening with the Bulgarian KIDS ON OUR STREETS is much more terrifying than what is shown in the movie. The extermination of all moral values makes us go away and search for happiness in temporary and easily gained spaces.”

It is well known that Baklava is charitable independent production and all the staff in movie, including actors, musicians, crew participated on a volunteer basis. However, on May 28th the Bulgarian film director Alexo Petrov has been sentenced in absentia to a fine of 3500 leva for “employing seven children aged between 16 and 18 without consent from the Labor Inspection”. It was not yet clear whether Petrov would be prosecuted on charges of production and distribution of pornography, promotion of drug use, violence and homosexuality, district prosecutor Chervenyakov was quoted by the news agencies.

Today more than three years after the film shooting, the director Alexo Petrov still lives abroad and can not go visit his parents in Bulgaria. To be continued… 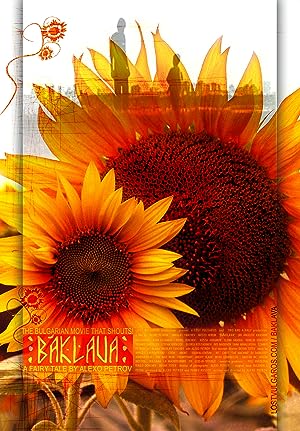