A coming-of-age story in the vein of CITY OF GOD and KIDS – available for the first time in the U.S.!

This was the worst piece of crap ever. Now that I have seen this movie my dreams of going to Madrid have become a nightmare. If this is how a low-medium Spanish class family is then i truly feel sorry for them because their lives must be truly boring. Not only does this movie show no emotion or compassion it also does not show how difficult Spanish teenagers’ lives are. The story line had potential, it just needed different actors, producers, and director. I regret watching this. I would rather watch the tape they have in The Ring. Now I know I may sound harsh and rude but compared to movies I’ve seen like Blood In Blood Out or Mi Familia or even Machete, this is nothing. It doesn’t capture the true essence on how Latin teenagers live their lives and what they do to survive in El Barrio. 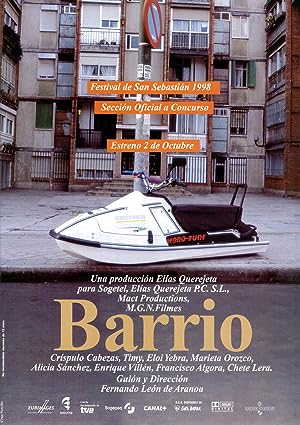