Not long after John Chambers and his family arrive at their new home in a small country town of Pennsylvania, John begins to experience sleep paralysis. Lying there paralyzed, trapped within his own nightmare, other-worldly beings visit John. They are entities which exist in the darkest shadows of the night and can only be seen out of the corner of one’s eye. These encounters begin to haunt John, transforming to complete terror as he discovers the entities’ sole purpose… the abduction of his seven year old son.

I enjoyed this movie, with a larger budget it could have been seriously good. The concept and story are pretty solid, interesting and engaging. The characters and actors involved were all very good and believable. I loved the whole idea with the tunnel which reminded me of Absentia which is a superb indie horror.

A family move into a new home and soon after begin seeing strange things. The young child sees a man in a hat in his bedroom and the dad starts having nightmares about creatures. The older son returns home from college and connects with one of the female locals who happens to be the sheriff’s daughter.

The younger lad is drawn to a tunnel near the home, it has a memorizing affect on him.

There have been many unexplained disappearances in the town and the sheriffs estranged wife is the subject of ridicule for voicing concerns about strange beings at the corner of your eye.

It all reaches a climax after an initiation prank goes terribly wrong and it appears the sheriff knows more than he’s letting on.

Much is sadly unexplained at the end of the movie but all in all I thought it was pretty good. 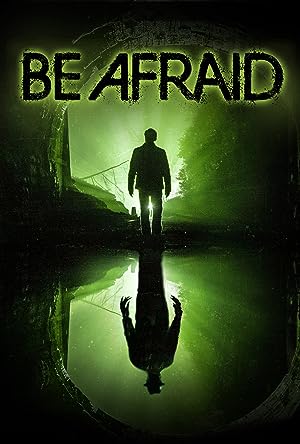 Be the first to review “Be Afraid 2017” Cancel reply