Charlie is a troublesome 18-year-old who breaks out of a youth drug treatment clinic, but when he returns home to Los Angeles, he’s given an intervention by his parents and forced to go to an adult rehab. There, he meets a beautiful but troubled girl, Eva, and is forced to battle with drugs, elusive love and divided parents.

Motion Picture Rating (MPAA)
Rated R for drug use, sexuality/nudity, and language throughout

And I wish Charlie ‘not to be’. Oh, this flick is predictable and mostly boring! It has some good moments mostly within the first half hour but overall it’s so been done before.

The opening of the story is certainly an attention grabber with Charlie leaving that ‘Christian rehab center and smashing the stain glass window! Then being given a ride with a woman suffering cancer. Something surely of substance is going to unfold before us — no not at all. Charlie calls a friend and the friend takes him home to Bel-Air to his very wealthy family. From this point on everything about this story is so predictable. Who couldn’t figure out the father would put his political career first and the mother would be the go between for father and ‘druggy’ son? Of course there’s the on again off again doped-up girl for Charlie, his friend Adam who accepts Charlie for what he is (and by-the-way Adam is the only character in the whole move with a personality), and Charlie is on the street then off the street then on the street.

The ultimate message here is that no one can change their life until they decide to do it themselves. This is symbolically shown when Charlie sweeps up the broken bottles at the beach house – his life at 18 years old is also a broken mess and it’s time to clean it up. An hour and a half to get to the message everyone already knows. The end. 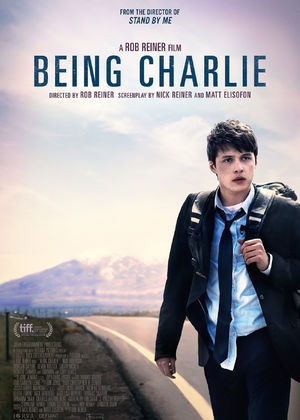 Be the first to review “Being Charlie 2015” Cancel reply