Based on the fairy tale by The Brothers Grimm. Hansel and Gretel are abandoned after the famine strike in the village and where Hansel and Gretel are later trapped in the deceptively decorated house of the witch Griselda who wishes to fatten Hansel so that he may be baked into a delicious gingerbread treat.

The Cannon Movie Tales adaptations of famous fairy tales is an interesting little series, and while there are some faring better than others and a few that are less than brilliant, others are well done and charming. Hansel and Gretel is one of the finer examples of the latter, and gets my vote as the best of the series.

It’s not without its flaws, all of the films in the series do, some bigger and more serious than others. The low-budget does show in the less than inspiring and too-fancy-dress-like costumes and the witch’s death underwhelms, instead of being nail-biting like in the story the way it’s done here causes some unintentional humour.

Visually, however, on the most part Hansel and Gretel is actually one of the better-looking Cannon Movie Tales films. It’s lovingly photographed and has charming, colourful settings and a fantastically realised Witch’s House, its delicious to look at, but at the same time quite nightmarish, design being one of the standout set designs of the Cannon Movie Tales films. The songs, adapted from Humperdinck’s wonderful opera, are simply lovely and are beautifully adapted, with the best performed being Sugar and Spice and the most effective melodically being A Fairy Song. The script is filled with fun and charm, and also with a real sense of dread in the second half, while the story adaptation-wise follows the Grimm story fairly closely while expanding on some parts, though actually it’s closer to the story of the opera.

The storytelling is whimsical and charming, while also witty and poignant, the Witch and her scenes also effectively induces nightmares without distorting the tone (the Witch scenes are quite dark) and are pretty tastefully handled. The film’s nicely directed, and the performances are solid with the standout being Cloris Leachman as the Witch. Her make-up is excellent, and Leachman clearly has a ball without over-compensating too much and is genuinely frightening. Hugh Pollard and Nicola Stapleton are appealing as Hansel and Gretel and David Warner does bring a touching degree to a character who could easily have been portrayed as an idiot going by how he was written. 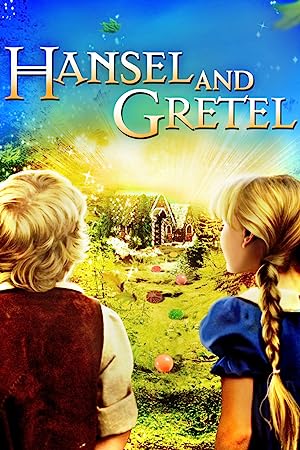 Be the first to review “Hansel and Gretel 1987” Cancel reply