A talented young dancer has to learn to fight for his dream despite social and parental disapproval.

OK, here’s the one big downside: this is a film of the actual stage show, and it simply can’t adequately convey the full stirring power of the big male voice numbers. Cranking up the volume on the TV remote for those songs still doesn’t quite cut it. Smaller gripes include the camera angle cuts that are a bit annoying at times, and you wish the director had chosen not to keep chopping and changing angles quite so much, and maybe stuck with more straightforward angles that didn’t occasionally cut off Billy’s feet during dance sequences. Yes, the ‘f-bomb’ is liberally sprinkled through the dialogue, but it’s in keeping with the setting. Also, occasionally the accent is a bit hard to understand. And it’s a staged show, so it’s not aiming for realism. So don’t start comparing it with Billy Elliot the movie. This is much more about the dancing with a whole extra dimension added with the songs. The movie was great. The stage show is great. But they’re great in different ways despite both telling the same story.

Having said all of that, Billy Elliot the Musical is my family’s all-time favourite stage show. It has everything: stunning choreography, fabulous singing, great comedy, an emotional underdog story and the whole thing is told against the backdrop of a painfully real episode of massive social upheaval. Unless the stage show is on in your city and you can afford to go and experience it in person (preferably more than once), watching this filmed version is the next best thing.

The Swan Lake sequence where child Billy dances with ‘future Billy’ is just the most brilliant piece of choreography, stunningly executed. And the Electricity solo by child Billy where he comes out of a long dance sequence with multiple pirouettes, then has enough breath left to continue singing and finally finish with another series of pirouettes is just astounding.

Watch this filmed version of the stage show. Later you can buy the CD and crank up the volume to really appreciate the power of the big male voice numbers. And when the stage show comes to a city near you, plan to go. At least once. 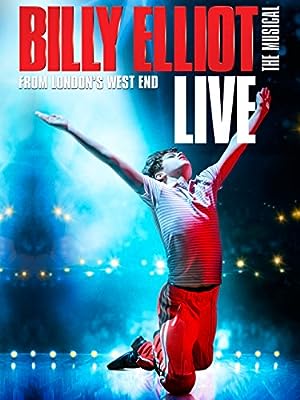