Teenage detective Xander DeWitt is the new kid at Bixler Valley High, and he’s there to unravel the biggest mystery of his life- the truth about his missing father. But in order to crack this case, Xander must learn to work with a partner- fearless investigative reporter Kenzie Messina.

Jace Norman’s newest film Bixler High Private Eye is a low budget simple production. However, for the first time in perhaps years, young Mr. Norman is allowed to act-and that performance carries the movie. Anyone who has watched Jace in the early episodes of HENRY DANGER can see that he has a lot of talent, comic timing, and even has a knack for physical comedy. However, lately on “Danger,” the show is more silly than funny. His character Henry/Kid Danger doesn’t really act anymore. He is engaged in far too much overlapping ridiculous dialogue with “Captain Mann.” But in this film, he doesn’t have to do things to get a laugh every 20 seconds. Jace is surrounded by a competent cast and a reasonably interesting story-he’s even allowed to display a bit of drama. Right now Jace Norman is a teen idol, a heartthrob if they still use those terms. So he’s allowed to look good, act cool, and attract the girl in the story. He does all of those things very well in Bixler High Private Eye. 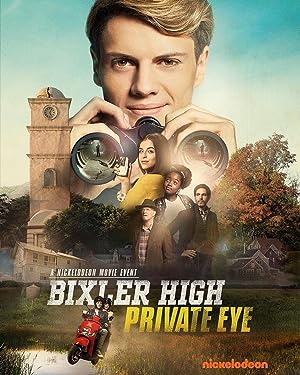