There is a war in the world between the men and the women. A young girl tries to escape this reality and comes to a hidden place where a strange unicorn lives with a family: Sister, Brother, many children and an old woman that never leaves her bed but stays in contact with the world through her radio. Since the content of this picture is not as important as the pictures and allegories, the simple plot can not be described further.

Weird movie by Louis Malle, Which was filmed at Malle’s own Manor, with Joe Dallesandro acting in his first (and only), non speaking role, Playing the brother of a twin sister. The film starts off with a girl, played by Cathryn Harrisson (Actor Rex Harrison’s granddaughter, who was only 16), driving in her car in the dark and runs over some kind of beaver or something, later on down the road she encounters a road-block, put up by men with army suits and gas masks. The men in masks with machine guns mow down about 6 women in plain view of her. One of the guys in the masks starts approaching her car, she’s dressed like a guy with a hat and her long hair tucked underneath it. The guy in the mask pulls off her hat and her long blonde hair streams out, alarmed, she suddenly pins the gas and gets away. Later she encounters men in more masks killing more women, and things get even weirder from here. Almost too weird. The movie no doubt, has a very surreal tone to it, very ALICE IN WONDERLAND. Trying to comprehend what really this movie is about is impossible. Only Louis Malle knows what king of message this movie was intended to give. And that just suits me just fine, because I find the imagery of the different scenes and various characters keep me occupied through-out the film, and interpretations are mixed with each time I watch it. 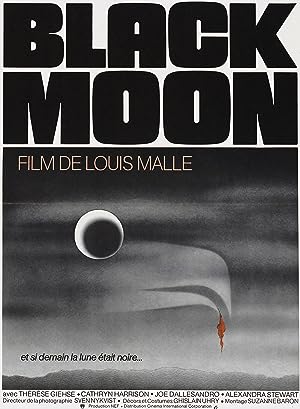