While his parents are toiling away in a food processing plant in Seoul, Shon Sun is drafted in the army. But being prey to abuse, he deserts. Back in Seoul he finds out his parents have disappeared. Intent on finding them, he embarks on a journey through the contaminated jungle his father was born in.

“Black stone” is a strange and hypnotic work that will leave no one indifferent. Gyeong-Tae Roh gives us to follow, in parallel, the frustrated destinies of a young half-breed and his parents, and offers us to witness the broken dreams of the first and of the other two. Presenting his dark vision of a supposed virile and upright military career, as well as his catastrophic look at the hygiene of agro-food factories, the filmmaker uses the metaphor of the oil spill to evoke the hopes or the dirty destinies. . For what prospects exist between the jungle and the city, between a decadent army and a frenzied exploitation in factories?

Forceable utopian in its preference for the old-fashioned life, far from the destructive city, the script pays into mysticism when it summons the village rituals. Black magic, travel in a trance are here represented on the screen for long minutes in a more or less happy way (painting tasks, a stone that rolls on different media …), but still open in the background on a message filled with hope, beyond the impotence of medicine or the Korean health system. An uneven film, but formally interesting. 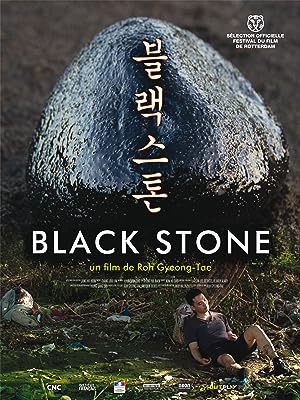 Black Stone (2015)
93 min|Drama|27 Jul 2016
6.1Rating: 6.1 / 10 from 24 users
While his parents are toiling away in a food processing plant in Seoul, Shon Sun is drafted in the army. But being prey to abuse, he deserts. Back in Seoul he finds out his parents have …
Director: Gyeong-tae Roh
Creator: Gyeong-tae Roh
Actors: Kate Velarde, Erlinda Villalobos, Tae-hee Won